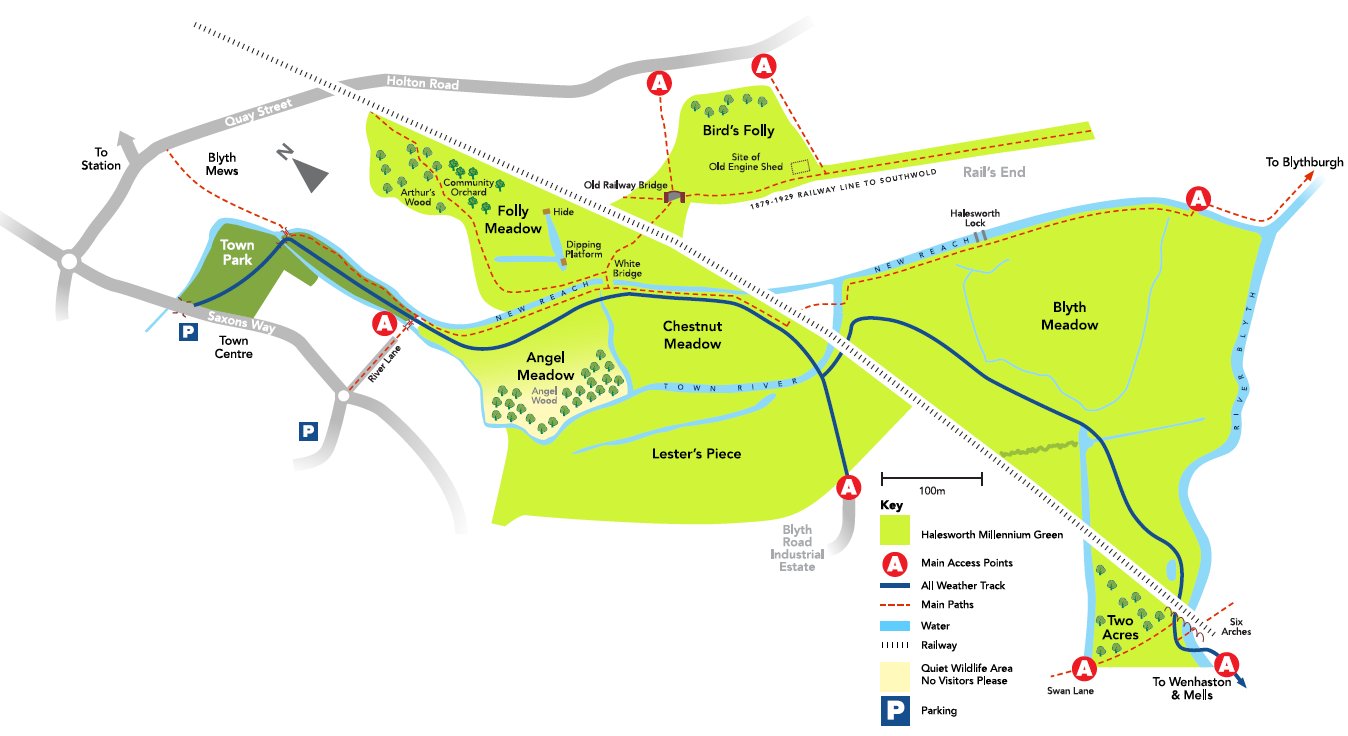 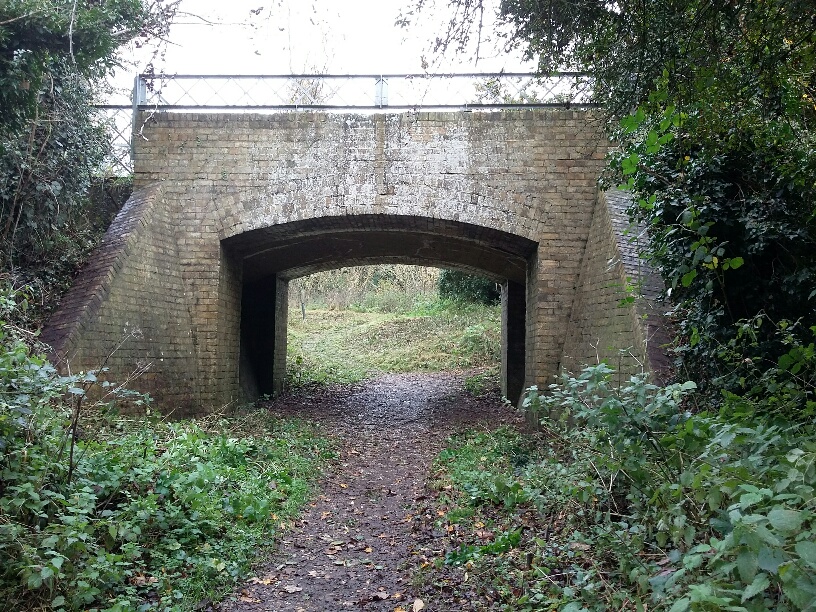 .. or The Folly. A richly varied area, with mature woodland, scrub and grassy heath.
Remains of the old Halesworth to Southwold railway here include a section of track, a bridge and the base of the engine shed.

The north west end of Folly Meadow - a young woodland, planted in 2008 and named for Arthur Forrester, the Trust's first chair. The trees, protected from rabbits, are growing very fast in the rich, damp soil. 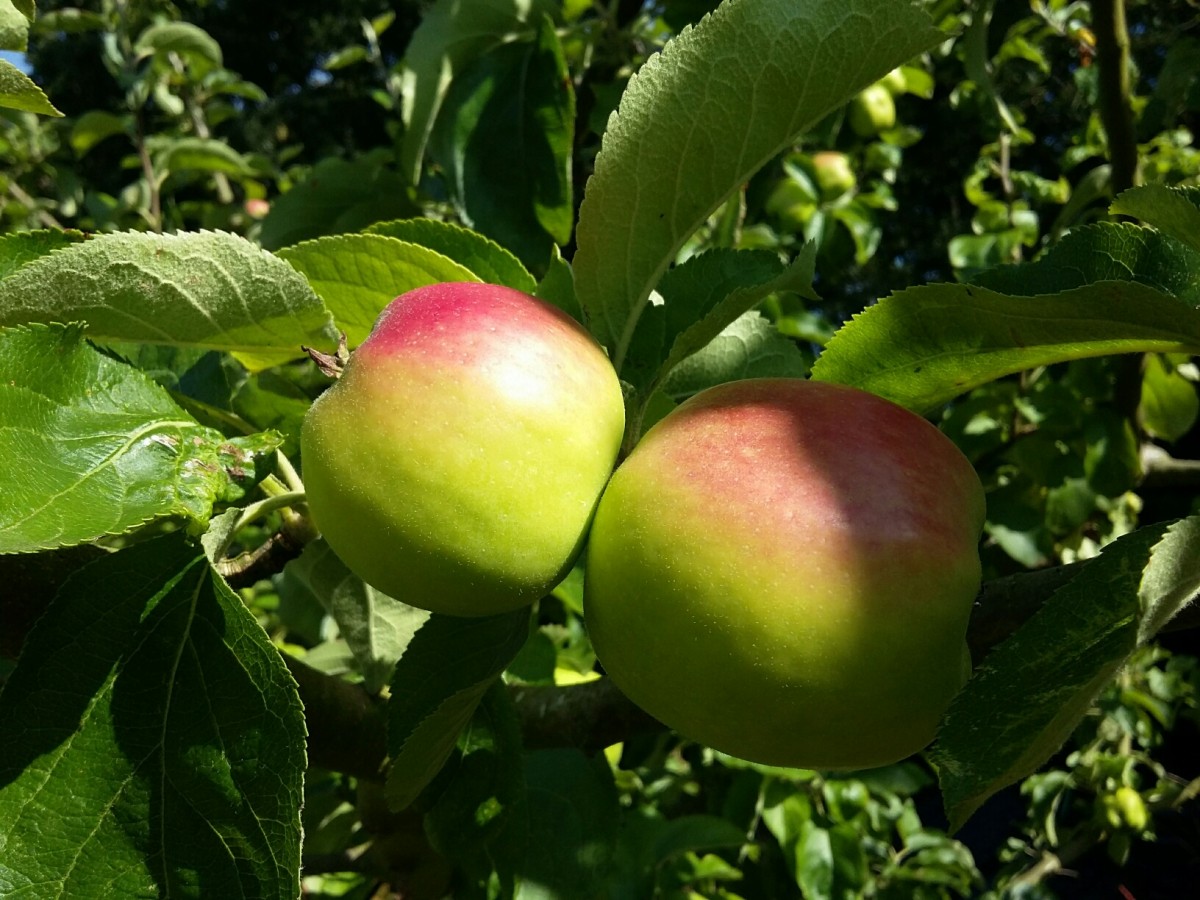 Planted in 2008, in part of Folly Meadow, these are all East Anglian varieties of apples, pears, cherries and plums.
We want people to take the fruit when it's ripe. (Maybe not in a wheelbarrow but certainly in bags!)
Click here for more info. 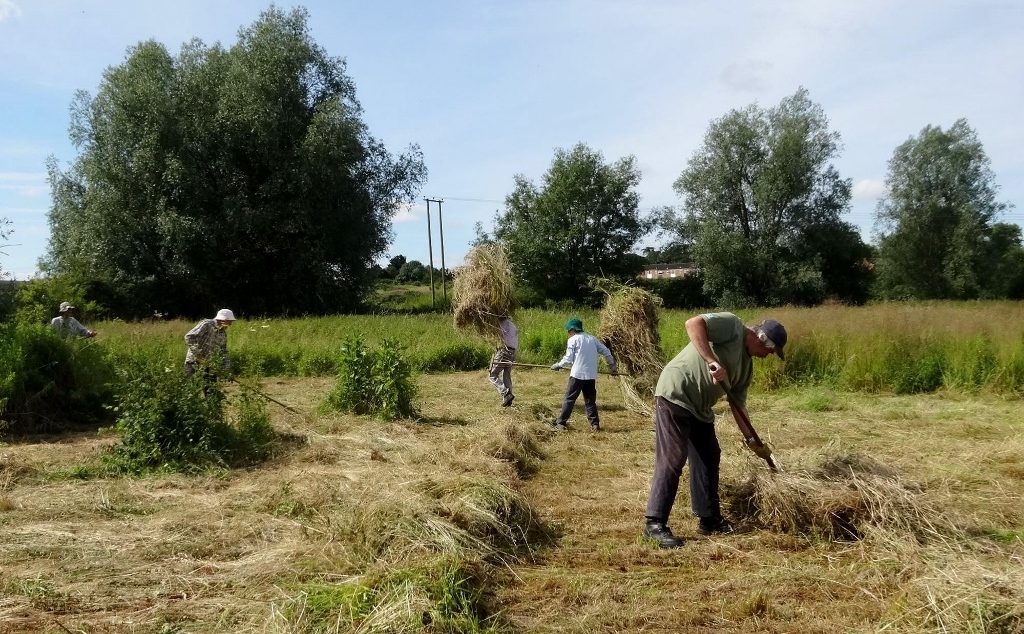 The best bit of the whole Green for wildflowers. Careful yearly cutting has helped the return of many flowers including two kinds of orchid.
Water voles live along the water-filled ditches. Listen for the 'plop' as they hear you coming and jump into the water!
You need boots for the paths here in wet winters.
Click here for more info. 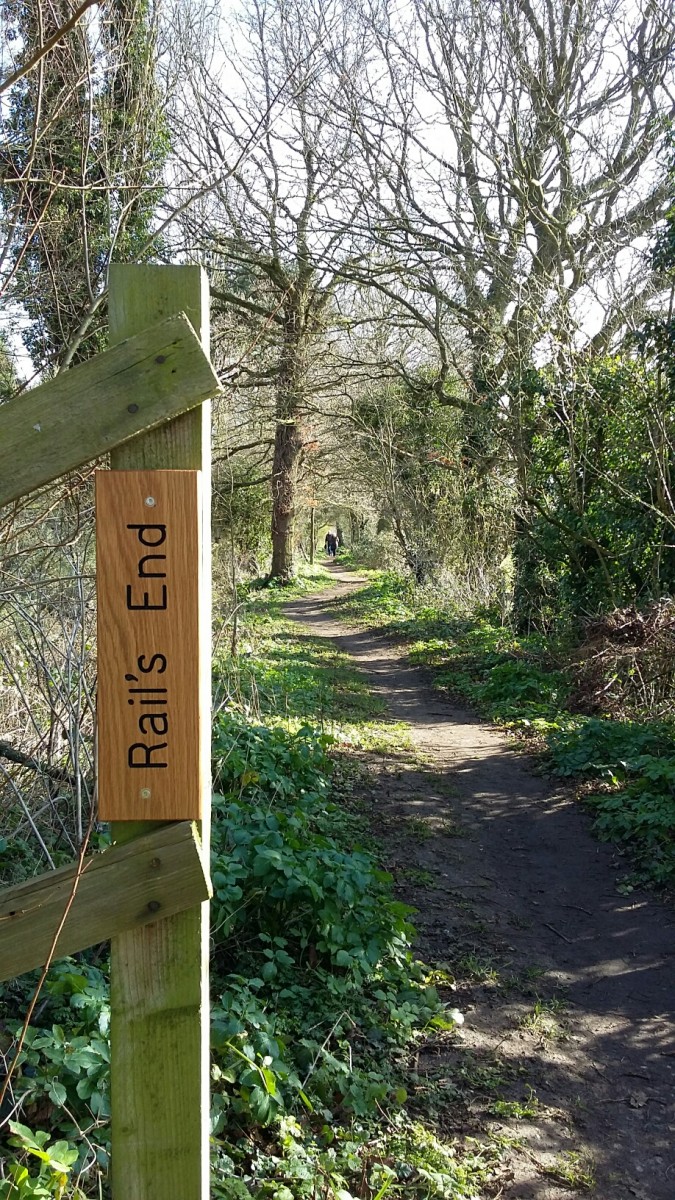 A delightful path along the route of the old Halesworth to Southwold railway. It links to a path up to Holton Road.
Click here for more info. 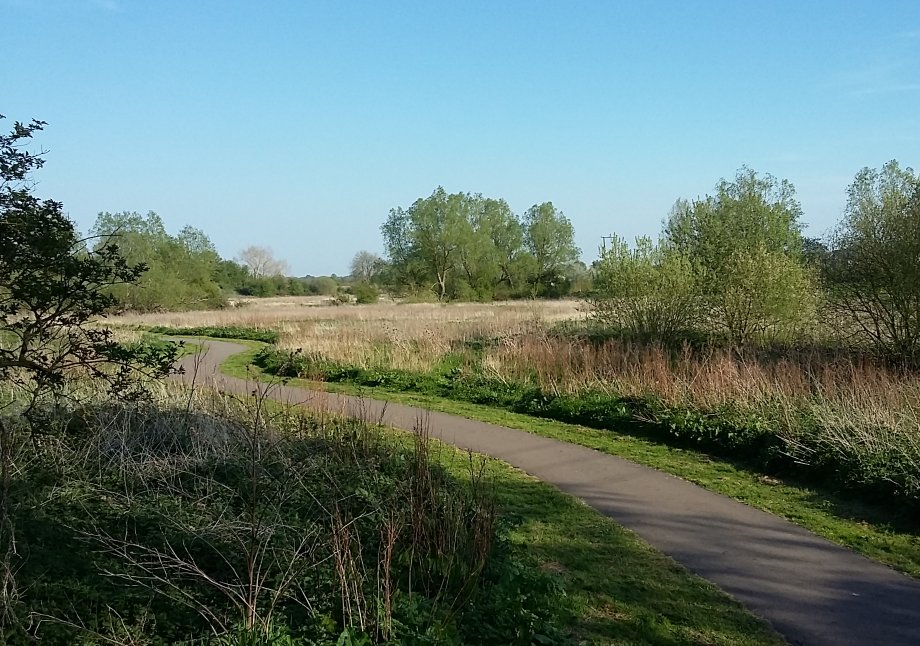 This low-lying, wet meadow makes a wonderful, wild link to the Town Park. Unmanaged for 20 years, it was added to the Green in 2012. By popular demand, trees have been planted over a large part of it.
Click here for more info. 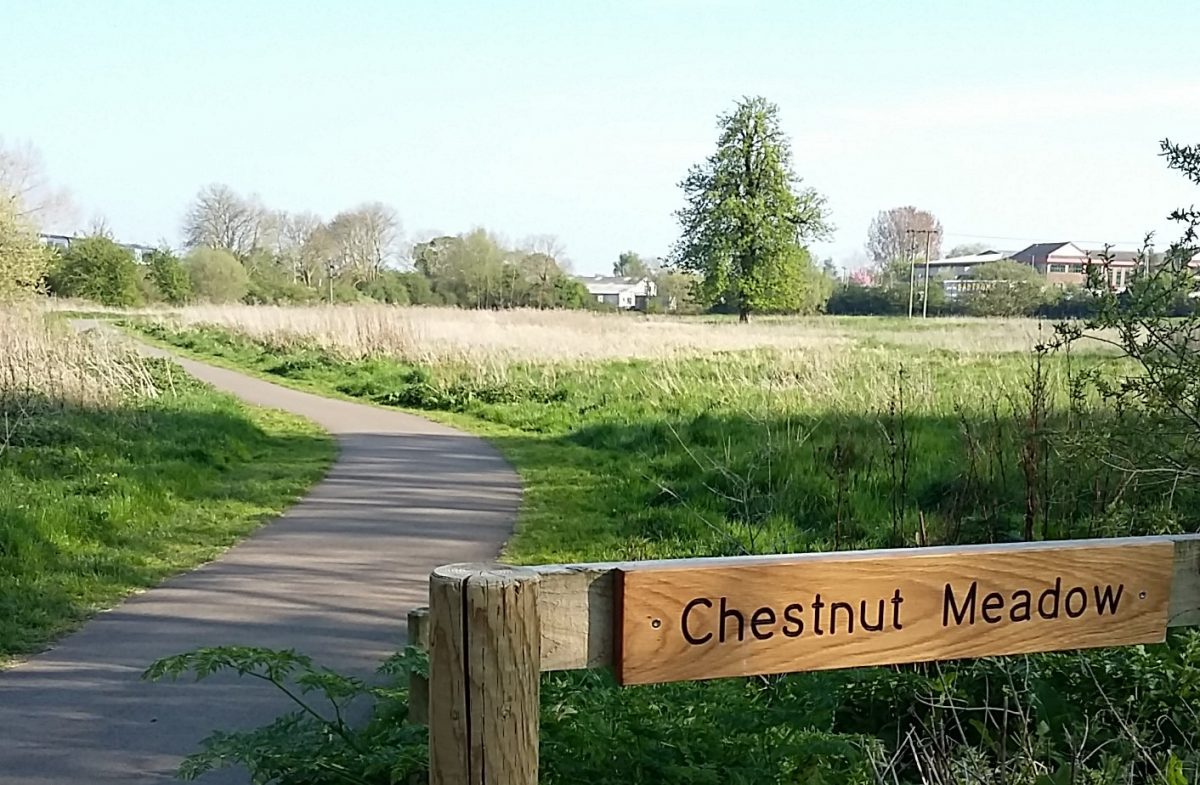 Dominated by the impressive old horse chestnut tree, this meadow is a favoured hunting ground of kestrel and barn owl.
Click here for more info. 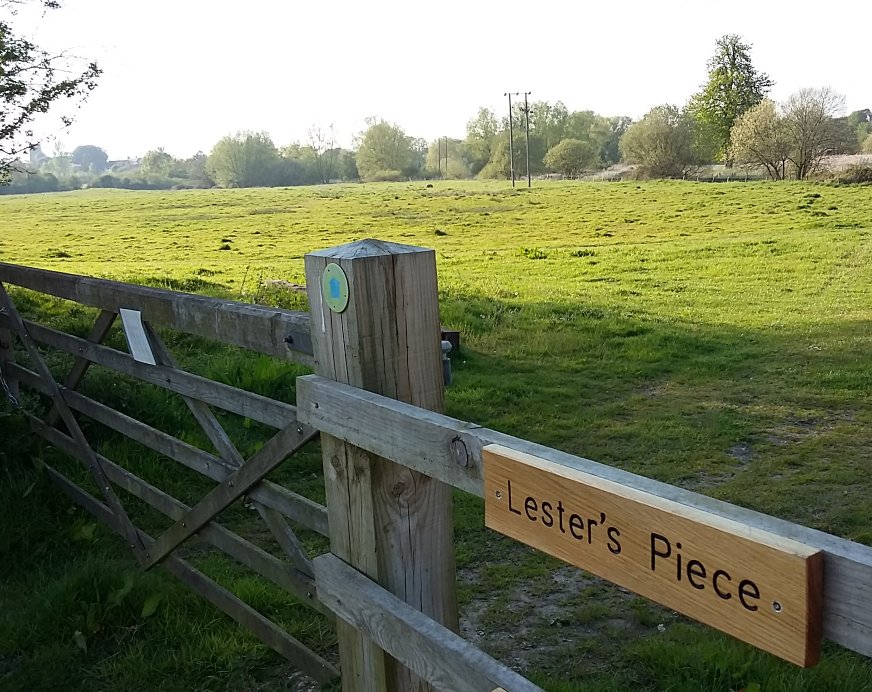 This meadow gives magnificent views across to the town and is managed by grazing cattle in summer. The spring-fed ditch provides the only water supply for the cattle through dry spells.
Click here for more info. 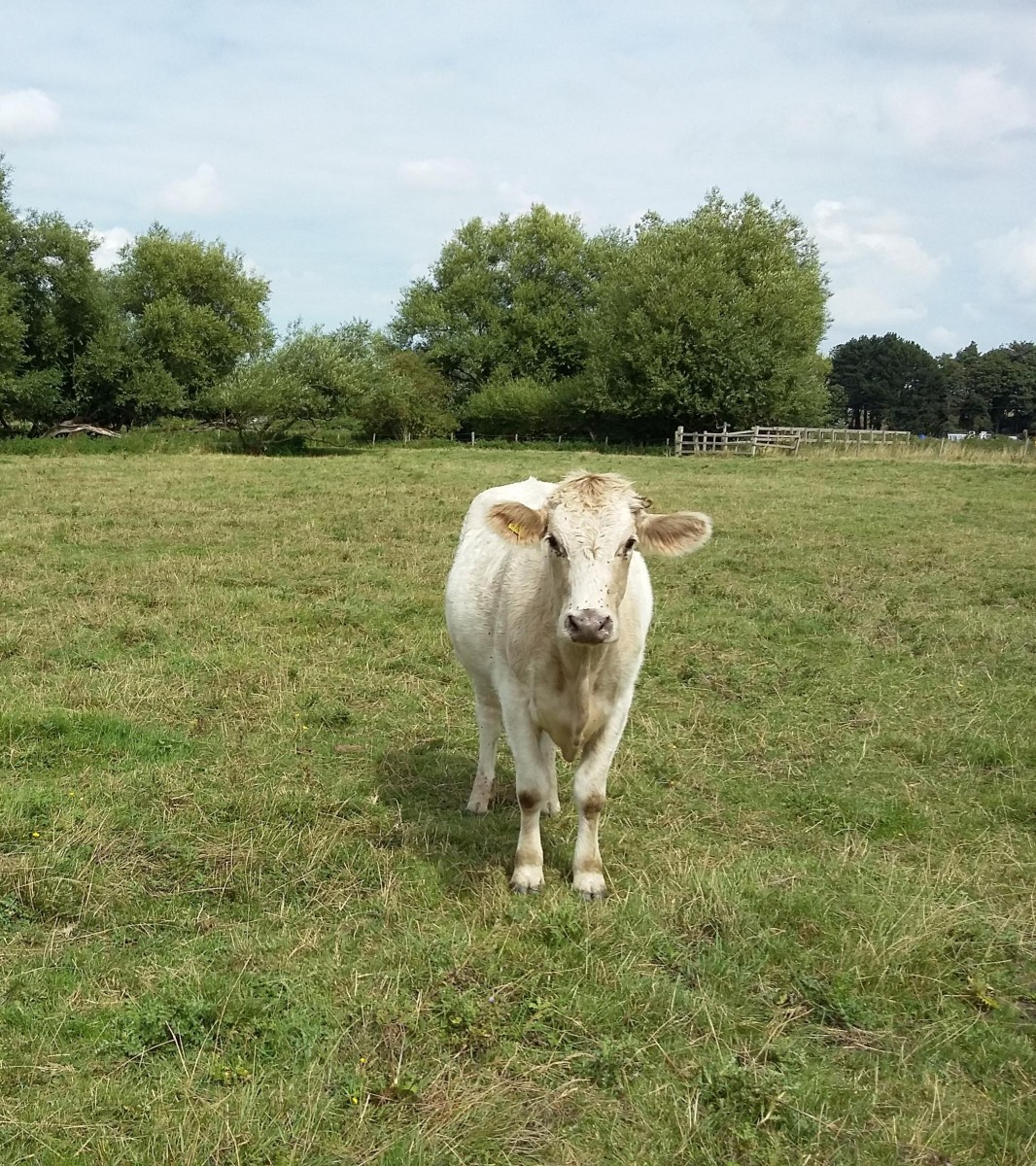 This tremendous sweep of open meadow, with its timeless, peaceful atmosphere is grazed by cattle in summer and often partly flooded in winter.
Click here for more info. 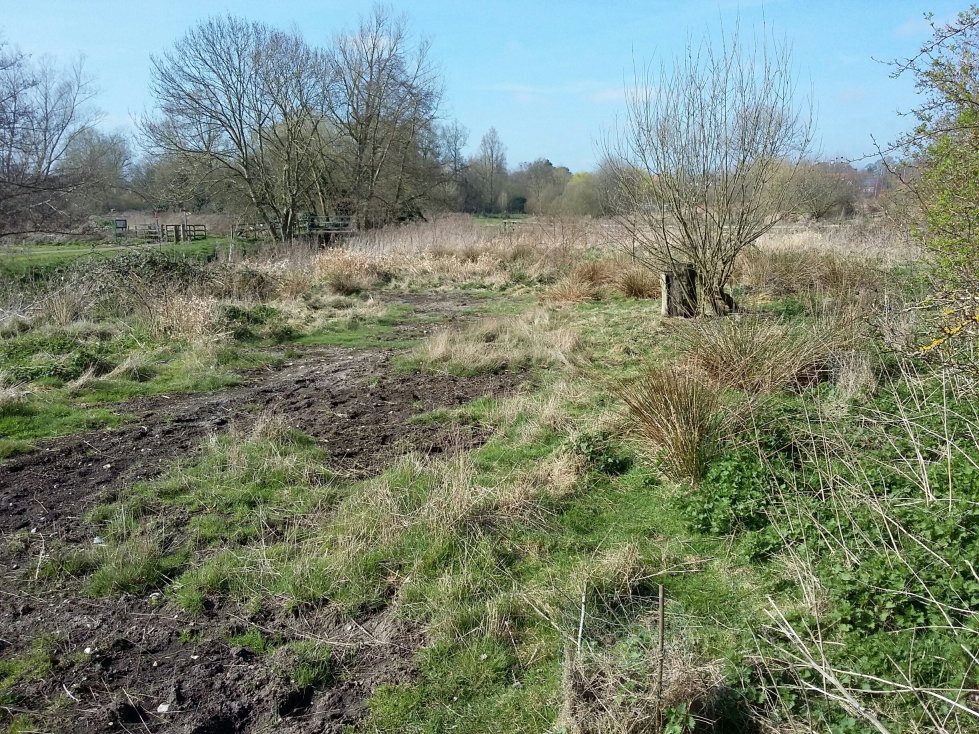 Originally intended as a picnic area, and then for a short while used for an experimental arable wildflower patch, the dumping of dredgings from the New Reach has increased the fertility of the soil and made it a bed of nettles and other rank plants.
After considerable thought and discussions, we've decided to let this triangle revert to scrub. This will increase the area of undisturbed dense cover on the Green, which will favour several breeding birds such as blackcaps, chiffchaffs, long-tailed tits and wrens.

An attractive low-lying meadow with a copse of young willow and poplar. The linking path into Blyth Meadow takes you under one of the railway bridge's six arches.
Click here for more info. 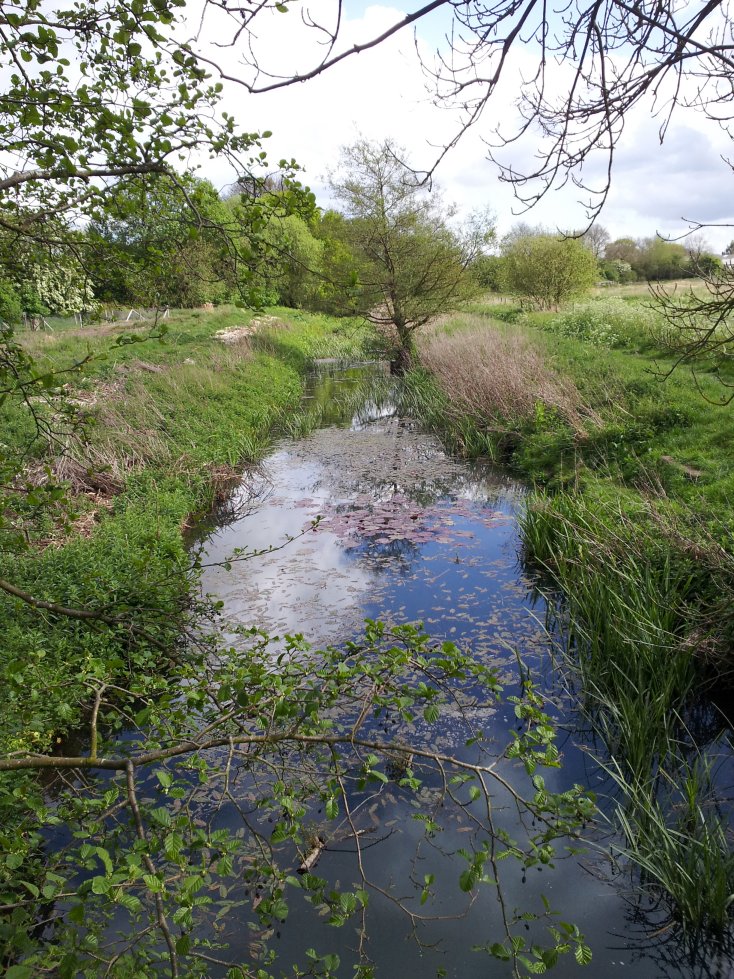 Opened in 1761 as part of the Blyth Navigation (direct link between Halesworth and the sea at Southwold), this watercourse was busy with freight traffic for the next 100 years. A walk along it takes you past a modern-day sluice and the remains of two of the Navigation's five locks.
Click here for more info. 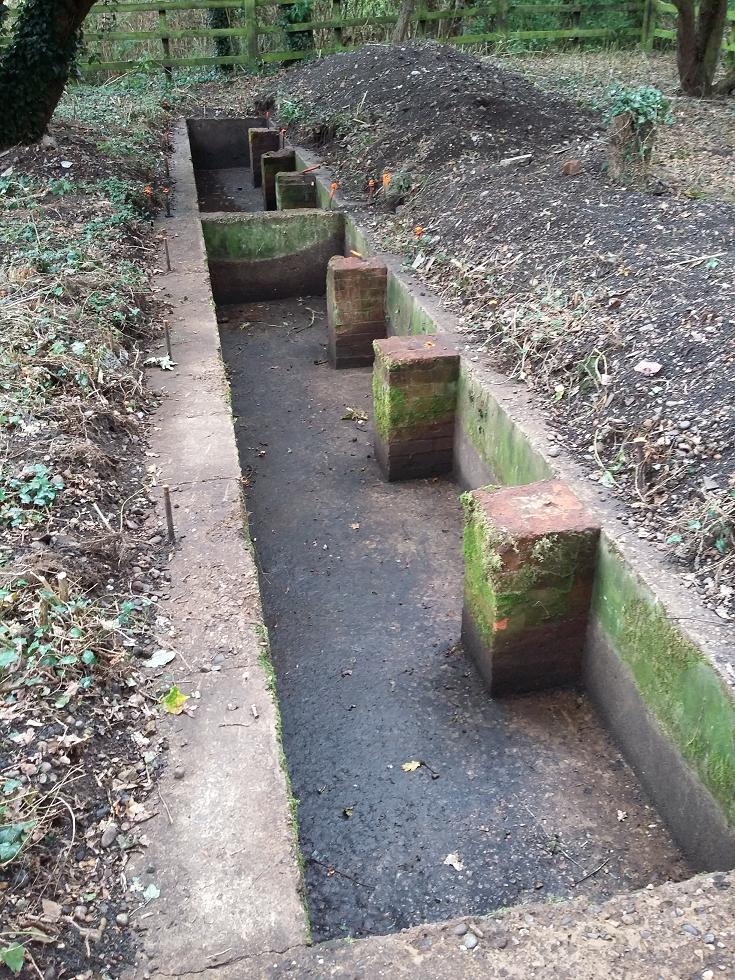 Part of the route of the historic, disused railway from Halesworth to Southwold runs through Bird's Folly. There is a well-preserved  concrete bridge (one of the oldest examples of such a bridge in the country). In summer 2015 the Southwold Railway Trust volunteers dug out the base of the locomotive shed built in 1915, revealing the inspection pit, ash pit and well.